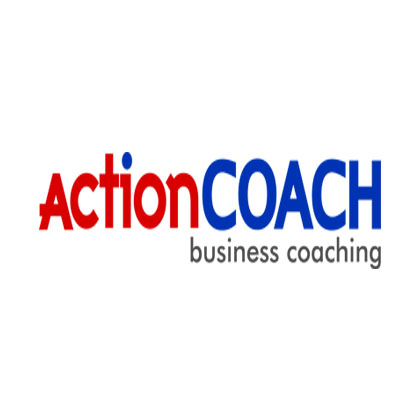 This time last year, Devon based Steve Gaskell was a lot like you. He had been working in the Army for the last 28 years and was looking for a change. He’d spent his time browsing websites for a fresh opportunity, which would utilise his skills, but wasn’t too sure which direction to take.

For Steve the prospect of starting a new journey was exciting, but having served in the army for so long made it a daunting process. What really appealed to Steve was the nature of the work, helping his local business community, the local economy and its wider society; as a military leader, he had come to realise that helping someone and being thanked and appreciated for the difference you’ve made is the most rewarding work there is.

ActionCOACH has helped business owners around the world since 1993, so they have found out exactly what works and what doesn’t, accumulating a toolbox of over 3,500 successful strategies and tactics, along with a proven business model.  Impressive stuff, but the biggest impression on Steve was the team of people in the UK that the business opportunity had attracted.  Like-minded individuals, who loved learning, leading, helping people and taking on new challenges, whilst having some fun and banter along the way.

“Exhilarating, challenging, fun and rewarding are some of the words I’d use to sum up becoming an ActionCOACH franchise partner” Captain (Retired) Steve Gaskell, formerly LE Officer of 2 PWRR

“World Class” is the word Steve uses to describe the global, national and local support he’s received every step of the way. ActionCOACH is the CompareTheFinancialMarkets’ UK Business Opportunity of the year because of that support and its ground breaking guaranteed monthly incomes ranging from £8,500/month through to £14,000/month by month 7 of the business for the right candidate.

For Steve his specific skill set has been indispensable to his business and combined with the world class support, it has given him a formidable start in his business:

“In my experience of transition from the Army it has been quite obvious many service leavers don’t value their transferable skills. They don’t see how they are able to utilise their experiences, ethos and values within a different industry. The ActionCOACH opportunity matched the skill set I already had, unlike more traditional jobs making it an easy transition for me.”

Find out more about the ActionCOACH opportunity by clicking here or by emailing your CV and any questions to ukrecruitment@actioncoach.com.

Sean Mayers joined the RAF on a university cadetship in 1989.  After graduating he commissioned as an Air traffic Control officer and enjoyed a highly successful career, achieving the rank of Squadron Leader before he left the forces in 2007.  Sean stated “Joining the RAF was an easy decision and I loved every minute of my time there.  I met great people and enjoyed variety, challenge and immense professional satisfaction”.  He enjoyed tours in the UK, Europe and on operations in Iraq.

However, in 2007 he exercised an option to leave and set himself on a course to achieve success in business.  “I come from a business family with a history of high street stores, fruit and veg distribution and retail, pubs and restaurants.  Also, most of my secondary duties in the RAF had a business angle to them – OIC of crèches, daycare centres, bowling alleys and station bars.  Some of the businesses we run on camps would do very well on the high street.”

After a brief spell in consultancy, Sean looked at franchising as a way of creating his own business.  “It made perfect sense.  I didn’t have many good ideas of my own for a new business, so adopting someone else’s tried and trusted system was a pretty sensible idea.  Franchising offered the chance to be my own boss, control my own income and reap the reward for hard work, but without many of the risks that come with starting up a business without the help of mentors and a proven business model.  There’s also a great sense of community and support, something that independent business owners don’t always have.”   Sean did very well and his first franchise, a property business that grew at one of the fastest rates ever witnessed within the company.  “I put the success down to two things – following a proven system using all the disciplines, skills and never-say-die attitude that I honed in the military”.

Sean is now an Action Coach and is helping business owners across Lincolnshire and Yorkshire to move ahead from where they are now to wherever they want to be.  “It’s a fabulous business and one that delivers huge satisfaction from seeing business owner’s progress and thrive.  Whilst an element of business acumen is useful to my Action business, it’s not as important as consistent application of the strong personal qualities that many military personnel possess to an Action Coach system that is known to work across the globe and in any business or industry type.”

Sean’s advice to those considering leaving the military and entering the business world: “The hardest decision you will make is the initial decision to just do it.  Once you have committed to that decision, find a franchise business and system that fits your personality.  If you insist on going into business by yourself without a franchise, get a coach (from day 1!)!  Commit to the journey, be prepared for the emotional roller coaster, set your targets and don’t be limited in your aspirations.   Most of all, have fun!”